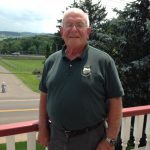 Joe owns and operates Glassmeyer Family Farms in Franklin Township. Their farm encompasses 510 acres of corn, soybeans, hay and pasture.  Joe has been a board member since 1986. He also held various offices for the Ohio Federation of Soil & Water Conservation Districts (OFSWCD), including Area 4 Director from 2000 to 2008, Secretary-Treasurer from 2009-10, Vice President from 2011-12, and OFSWCD    President from 2013-14. 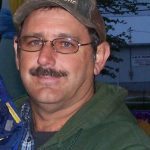 Todd Winemiller is in his 4th term as District Supervisor, He and his family farm approximately 3,500 acres. Todd has played an active role with the Farm Service Agency, serving for 10 years on the County Committee, and also serves as a member of the OSU Extension Office’s advisory committee. In addition, Todd is a pilot and very active in local aviation chapters. Dave Anspach has a B.S. degree in Business from Miami University, and worked for the Farm Credit Services Agency for 15 yrs., before serving as Clermont SWCD’s Administrator from 1990-97. In 2006, Dave rejoined the SWCD family as a Board Supervisor. He is now completing his 4th term. Additionally, Dave serves as Secretary-Treasurer for the Ohio Federation of Soil and Water Conservation Districts, and has served on the Clermont County Park Board since 1999.

Connie began her first term as a Board Supervisor in 2020. Connie also serves as the Director of Education for the Cincinnati Nature Center, where she has worked for the past 24 years. Some of her more recent projects include leading Clermont County’s Ohio Certified Volunteer Naturalist program, leading a new teen conservation program, and designing new ways to plan and assess nature center programs. She wrote the business plan for the Nature Center’s Nature Preschool and was integral in the creation of its Nature PlayScape.

Tim is starting his first term as board supervisor in 2021. Tim Rose is a lifetime resident of Clermont County, and the third generation Rose to operate Ohio Pike Farms in Bethel. Together, Tim and his father farm nearly 1,000 acres of corn and soybeans rotating crops annually and practicing no-till planting. With the recent addition of grass filter strips through multiple fields, Tim continues to practice conservation on the farm. Tim is a young farmer with big plans for caring for his land and positively impacting the community he lives in. Tim has dedicated his life to the farm and plans to pass his knowledge of agriculture and the industry onto his children as they grow.