The Clermont SWCD Board of Supervisors typically meet on the 2nd Wednesday of each month at 8:00 a.m. at the District’s office. The next Board Meeting will be held on Wednesday, December 14, 2022 at 8 a.m. in the Clermont Soil & Water Conservation District Office at the Clermont County Fairgrounds (1000 Locust Street, Owensville). All are welcome to attend. Please call Connie Miller (513) 732-7075 ext. 2 for more details.

Make sure to save the date for our 79th Annual Meeting on September 15th at Shor Park!

Also, there is still time to apply for our open Urban Technician position. For more information, visit https://t.co/TluxrIjXNK https://t.co/tRXikKv5J7 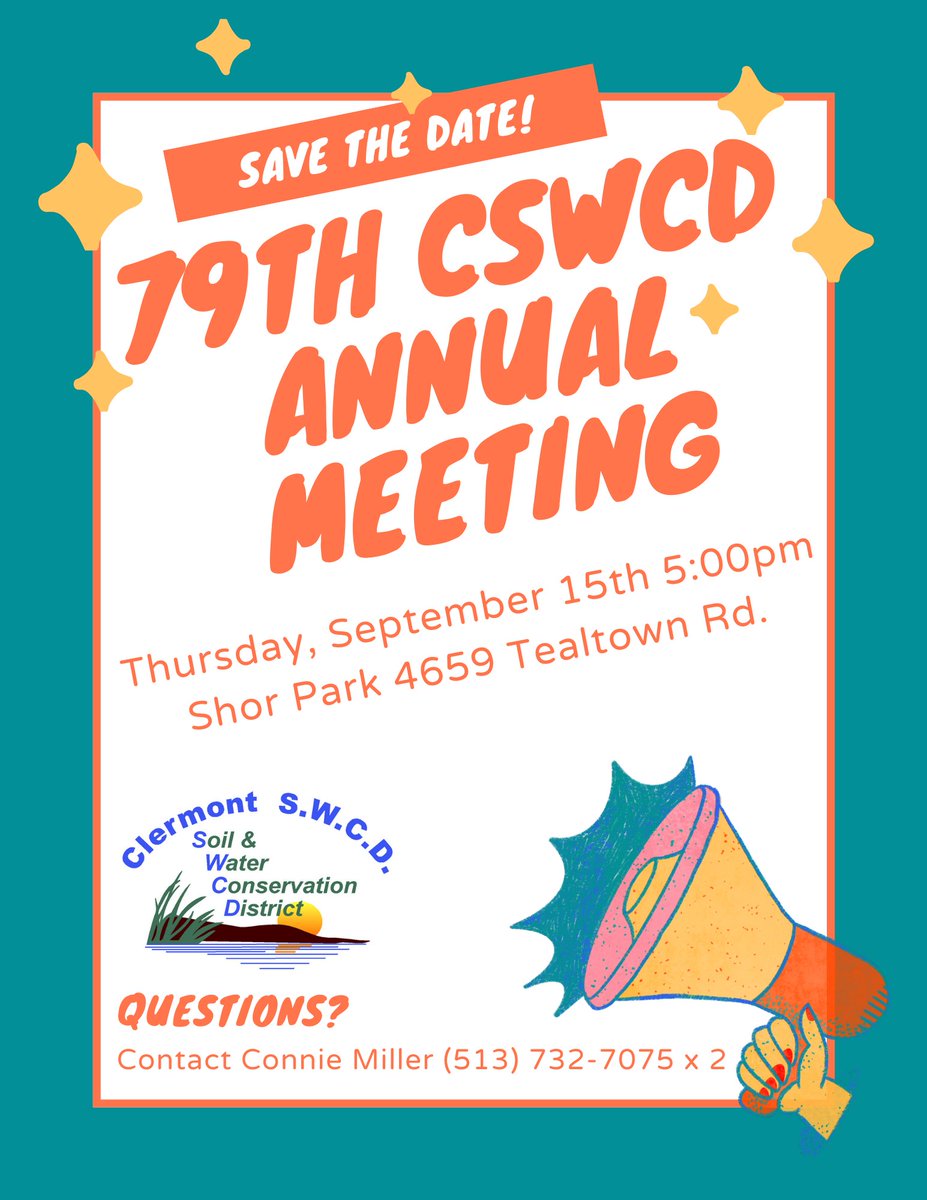 We are hiring an Urban Technician! For the full job posting, please visit https://t.co/NYTMoQiuBU https://t.co/1W0njy8yG4 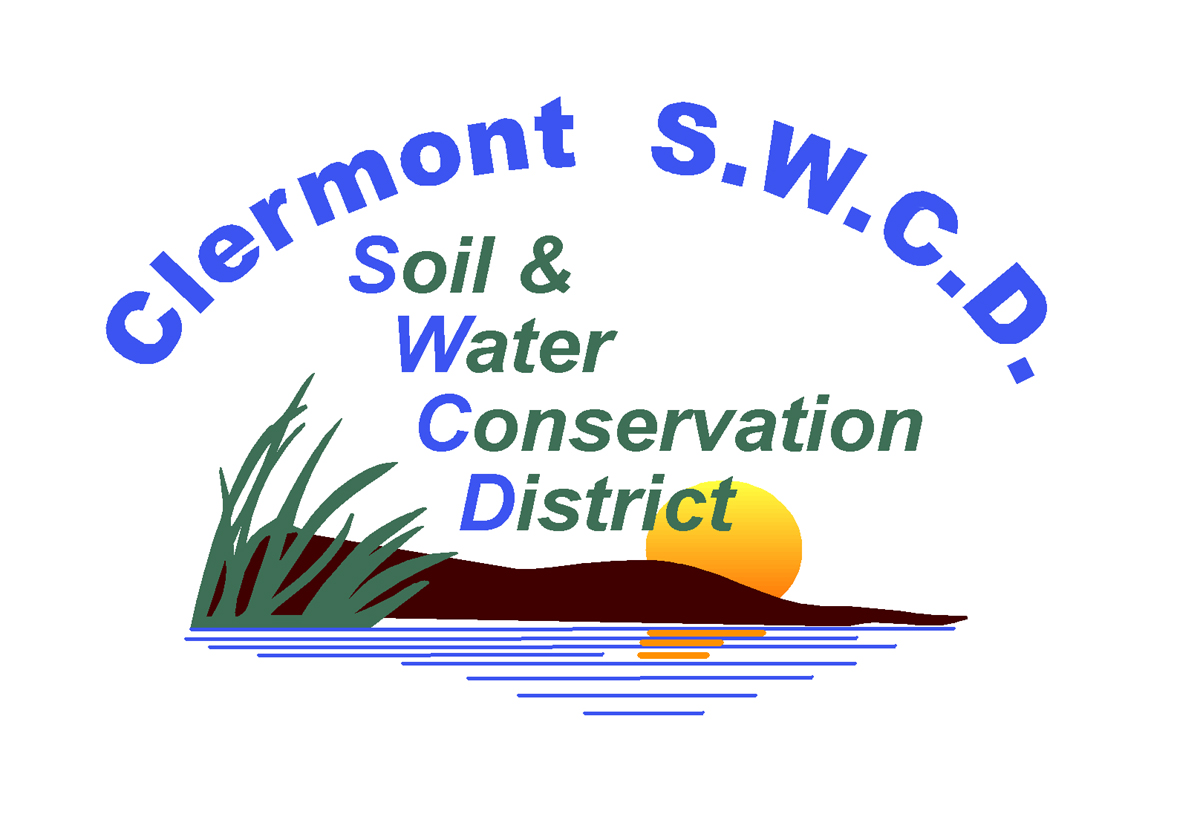 Clermont SWCD and the Clermont County Park District recently completed a stream restoration and wetland enhancement project at Shor Park on Tealtown Road. The project was partially funded through a Section 319 grant from the Ohio Environmental Protection Agency. The Clermont County Park District plans to extend trails around the area where the new stream channel was created and install informational signs telling visitors about the project. As Avey’s Run enters Shor Park, approximately 200 feet of the creek ran through a 48-inch storm sewer that was in disrepair. Sections of the old storm sewer had separated from each other and collapsed, resulting in dangerous sinkholes. There was also a large amount of erosion downstream of the sewer, with the creek migrating toward the existing trail path in spots.

The largest part of the project involved replacing the existing storm sewer with 120 feet of natural stream channel, followed by a boulder cascade and plunge pool. Three small pocket wetlands surround the new stream channel. In addition to creating new habitat, the stream and wetland complex will also help dissipate high flows during heavy rains, and treat storm water runoff from a residential area upstream of the park. Click here to view a short video about this portion of the project. In July 2021, staff from Clermont SWCD, the Park District and the Clermont Office of Environmental Quality installed hand-placed log structures along 550 feet of Avey’s Run where there is significant bank erosion. The log structures will help build the banks and streambed by capturing organic material. They will also deflect flow energy away from eroding banks and expand habitat diversity. Prior to the project, there was considerable erosion in a channel that receives flow from the parking lot. Three riffles were installed to stabilize 200 feet of stream reach. Along with those surrounding the new stream channel, three additional pocket wetlands were built to filter and detain storm water runoff. The project area has dense stands of different invasive species, most notably bush honeysuckle and autumn olive. Invasives were removed from four acres of land bordering Avey’s Run, focusing on the area of stream restoration and around the pocket wetlands. Invasive species removal work will continue to be a focus at Shor Park after project completion.